Full spread in the “Rises” section of the fresh issue of The Flyfish Journal from last fall’s Yucatan shoot with Rhett Schober. Get it!

I mentioned it in an earlier post, but the short video I produced in collaboration with Ivan Orsic dropped about a week ago. This is the first of four episodes we’ll be creating for Trouts Fly Fishing, each one showcasing water loved and lived in by Trouts staff. The cumulation will represent the diversity of unique fly angling opportunities available in Colorado.

I’m proud to have the photo above included in this year’s online gallery, and encouraged to continue to pursue personal projects that are as challenging and fulfilling as the Salmon Superhwy project.

Winter in the Rocky Mountains. One envisions ski resorts, I-70 gridlock, piles of snow and maybe a crackling fireplace. Sure, there are many places in this country where winter isn’t exactly synonymous with fly fishing. But, here in Colorado, many anglers welcome the thinning of crowds and the possibility of some of the most rewarding days of the year.

Recently, I teamed up with Denver-based Trouts Flyfishing to produce a series of short films documenting the best of Colorado’s fly fishing seasons, beginning with winter. It isn’t easy, and it might get downright uncomfortable at times. That said, there is no better cure for cabin fever, and you’ll invariably come away with a new story or two. And the folks at Trouts know how to make it happen.

The new short film is currently in production, and will be launched by Trouts in the near future. Meanwhile, I posted a small selection of stills made during the filming process in the “NEW WORK” section of the website. The entire gallery can be found here.

This makes two covers in a row for Fly Fusion Magazine! The Spring ’16 issue ought to be hitting mailboxes and shelves very soon.

A notable quote from legendary photojournalist Don McCullin states: “I only use a camera like I use a toothbrush. It does the job.”

I believe in, and try to abide by, that sentiment. It holds particularly true for someone like me who began their photographic journey with a very modest 35mm camera, a 50mm lens, and a pile of film. However, as the years advance, technology sprints. Clients expect a digital workflow, and it has mostly made life easier for both creator and client. Most of us are now heavily invested in digital (though I’ll never give up my analog machines), and reliant on its conveniences to do our jobs. This also means that we’re tied to the evolutionary process of digital technology, for which there is virtually no possibility of a frontier.

In recent years, a location shoot would have me packing at least a couple Pelican cases of equipment, more if there was to be a motion component. Much of the time, I didn’t perceive it to be a burden, rather, it was just part of the job. Heavy, bulky loads, a sore back, and aching shoulders after long days strapped with hefty cameras and huge lenses. As a result, I have tried a number of smaller mirrorless digital cameras in an attempt to identify new opportunities to lessen the load. However, trade-offs such as high ISO noise, slow focus, limited lens selections, video quality, or the limits associated with m43 or APS-C sensors ended up being deal-breakers. Until now.

Sony hasn’t been subtle in executing a methodical domination of the mirrorless market. Their ramp to market share leader has been built upon their Alpha family of cameras, whose current generation boasts full-frame sensors, in-body image stabilization (IBIS), 4k video, blazing-fast autofocus, wi-fi connectivity… The list truly does go on. Importantly, these features are manifested in a camera body that is roughly half the size and weight of a Nikon professional DSLR body. Clearly, Sony was targeting working professionals, who have responded in kind.

An upcoming film and photo project abroad (much more on this soon) has me preparing mentally and materially. Due to the remoteness of the location, packing a ton of gear isn’t an option. Nor does it make any practical sense to draw unnecessary attention to oneself in a developing nation as potential target. Thus, I made the decision to add a couple Sony Alpha cameras to the arsenal, namely, the a7SII for its video chops and the a7RII as a primary stills camera that can serve capably as a B camera for video. Both are built upon full frame stabilized sensors. I’m not going to go in-depth about what these machines can do – there are thousands of sites that spew forth if you are interested in exhaustive tests. Bottom line: the A7SII can almost see in the dark with the high ISO capability of its 12MP sensor, and shoots SLog3 at 4k internally, even up to 120 fps. The A7RII is a resolution beast, with a 42MP sensor and internal 4k video using a Super 35 crop of that wealth of pixels.

With these Sony cameras, along with a handful of lenses, some compact and powerful motion tools, I’ll be able to fit the entire foundational kit in a single Pelican 1510 carry-on. Sure, a tripod will still have to be stowed in a duffel with the fly rods, and I’m not packing auxiliary lights. But, this is a whole lot of image-making power in a very manageable kit. Compact and comfortable are two characteristics that help facilitate the creative process. Coupled with the massive feature set that Sony has let loose with the A7SII and A7RII bodies, I’m looking forward to pushing these tools to new limits in demanding conditions.

Perspective. Occasionally, and perhaps more frequently than I’d like to admit, It is necessary to put things in perspective. We all get beat up from time to time – life and time wear everyone down. I’ve always tried to invest my energy in moving forward from tough times, and it’s a mentality that has served me well through life’s lower points. The past six weeks have been challenging for me and my family. We packed up our entire household and, though weighed down by sickness, plowed through the moving process. Illness has been nearly constant. One bout landed my young son in the pediatric intensive care unit at Colorado’s Children’s Hospital, where we spent a long, stressful and sleepless week just ahead of the Christmas holiday. While living out of boxes and disarray, the delivery of our refrigerator, along with the washer and dryer, were delayed a full week by a winter storm. Our water heater died. We all got sick again.

This past year, I have friends whose marriages have ended. I know people who have lost a spouse, a child. While in the pediatric intensive care unit, we were in the midst of far more stress and suffering than what we and our boy endured.

Though it was a rough finish, we’re going into the new year with a lot of positive momentum. We finally re-joined the ranks of homeowners, and I’m excited about the new space and neighborhood, and our future here. Our son is once again healthy, busy and full of attitude. There is a bunch of exciting work ahead, and I’m hustling to fill the pipeline with a new slate of projects. Keeping focus and energy on what lies ahead.

With that, here’s to 2016. Every day that lies ahead is an opportunity for growth, a chance to improve. I am committed to doing still more with family, with camera, and with fly rod, and to share some bits of it with you. Cheers.

On newsstands now. Check it! This issue also contains great photography from my friends Arian Stevens, Amber Toner, and Adrienne Comeau, among others.

Help Western Rivers Conservancy purchase the final 10,000 acres of land to save Blue Creek, a coldwater lifeline for some of the greatest salmon and steelhead runs on the West Coast. By contributing, you’re helping create a sanctuary in the heart of the California redwoods for these magnificent fish and the region’s increasingly imperiled wildlife.

One by one we can Save Blue Creek. Forever.

In 2008, WRC began an effort to create a sanctuary at Blue Creek. We’ve raised funds to do this through individual donations, private grants, public funding and elsewhere, and we’ve already purchased over 37,000 acres.

To finish off the 47,000-acre project, WRC needs your help to buy the remaining 10,000 acres.  Our overall goal for this is $12.8 million, and we’re asking individual donors on Indiegogo for $5M of that. We’ll make announcements throughout the campaign  to keep you informed on how close we are getting to our goal.

Individual donations are important because each goes to saving a place that is valuable not just to the Klamath River, but to the world around it. The Klamath-Siskiyou ecoregion is one of the most biologically diverse regions on the entire planet, and Blue Creek is a vital part of it. You’ll help save fish, wildlife, redwoods and a river that matters to this rare and wild place. 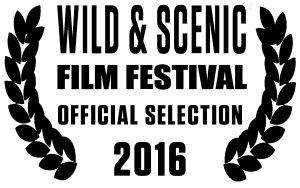 I was recently notified that my 2015 film, Wild Fish Works: Oregon Coast, will be included in the 2016 Wild & Scenic Film Festival in Grass Valley, California. I’m thrilled to be able to join friends and fellow filmmakers at this event January 14-18, and share the message in support of collaborative wild fish conservation in the Pacific Northwest. Please let me know if you’re planning to be there!